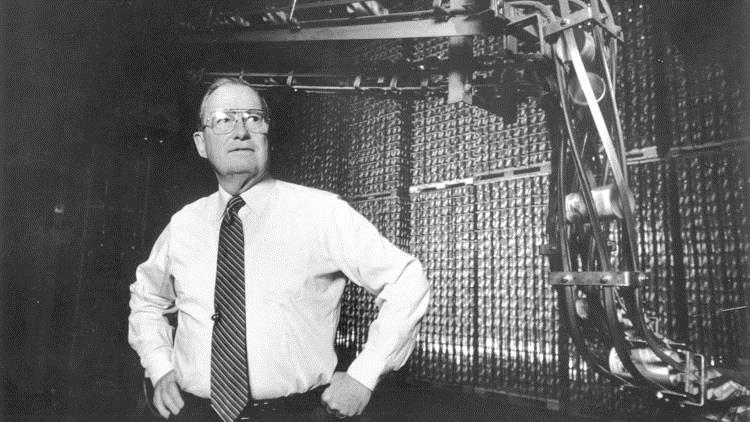 In 1992, the Chicagoland Chamber of Commerce honored Frank Considine with the first Daniel H. Burnham Award for Distinguished Leadership. The Burnham Award was created by the Board of Directors for the Chicagoland Chamber to pay tribute to a prominent business leader, not only for his contributions to advancing the Chicagoland business climate, but also for his tremendous civic contributions helping to make this city a better place to both work and live. The 2016 Burnham Dinner will be held on November 3, marking the 25th anniversary of the prestigious award.

“He was a model of the kind of person you would want in that chief executive role,” said James O’Connor, retired Commonwealth Edison chairman and CEO, of Considine. “He grew the company, and his employees loved him and they just prospered because of him.”

“He was extraordinary in his commitment to the city and the community,” said O’Connor.

In addition to being the first Burnham Award honoree for the Chicagoland Chamber, Considine served on a subcommittee of the Commercial Club of Chicago, chaired the Illinois Leadership Coalition, sat on a number of corporate boards and was on the board of governors of the Chicago Stock Exchange. In 1985, he was inducted into the Chicago Business Hall of Fame.

Photo courtesy of the Chicago Tribune.