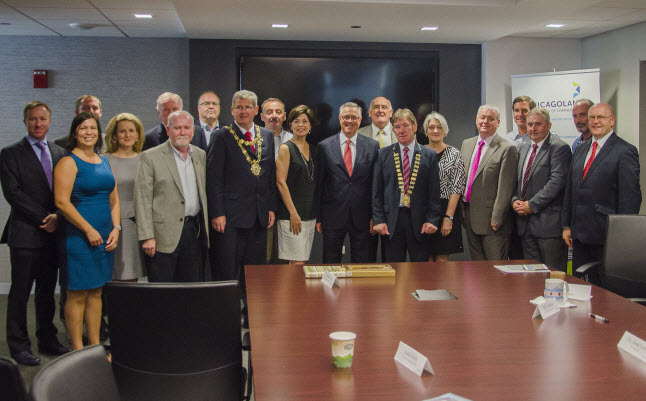 On Wednesday, August 12 the Chicagoland Chamber of Commerce hosted a delegation from Galway, Ireland to share ideas and discuss potential for opportunities to collaborate in the future.

Chicago has enjoyed a special Sister City relationship with Galway since 1997. With more than 25 Ireland-based companies in the Chicago area and 42 Chicago based-companies in Ireland, Chicago and Ireland already share a strong economic bond. Chicago is also home to 730,000 residents of Irish ancestry, which makes it the second-largest Irish community in the United States.