Unique Partnership Leads to Success for One North Kitchen & Bar 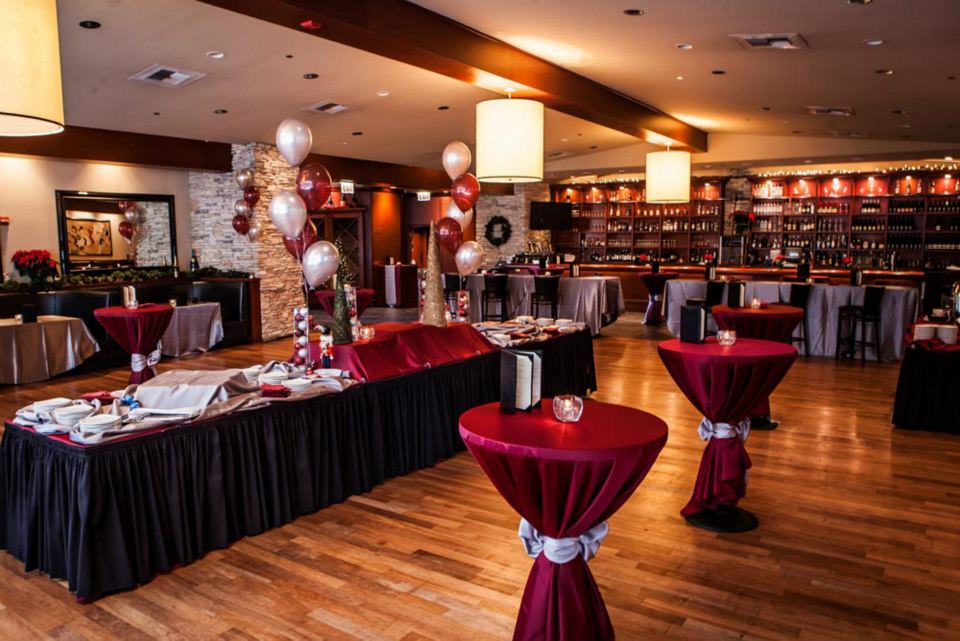 People in Chicago know One North Kitchen and Bar as the popular lunch and dinner spot located across from the historic Lyric Opera house. The restaurant’s mahogany and slate flooring, flagstone walls, deep leather booths, and open kitchen provide a warm atmosphere ideal for business meetings, intimate dinners, and pre or post-opera performance dinners and drinks. Its beautiful interior and outstanding service have earned One North 4.4 stars out of 5 on OpenTable.

One North’s Executive Chef Laura Piper has created a Contemporary American menu that proudly serves Sustainable Seafood along with Antibiotic and Hormone Free poultry, beef and pork. Their outstanding bar menu includes an extensive selection of craft beers, unique artisan spirits and an impressive wine list. However, what many customers do not know is the story behind One North and the the owners' future endeavors. 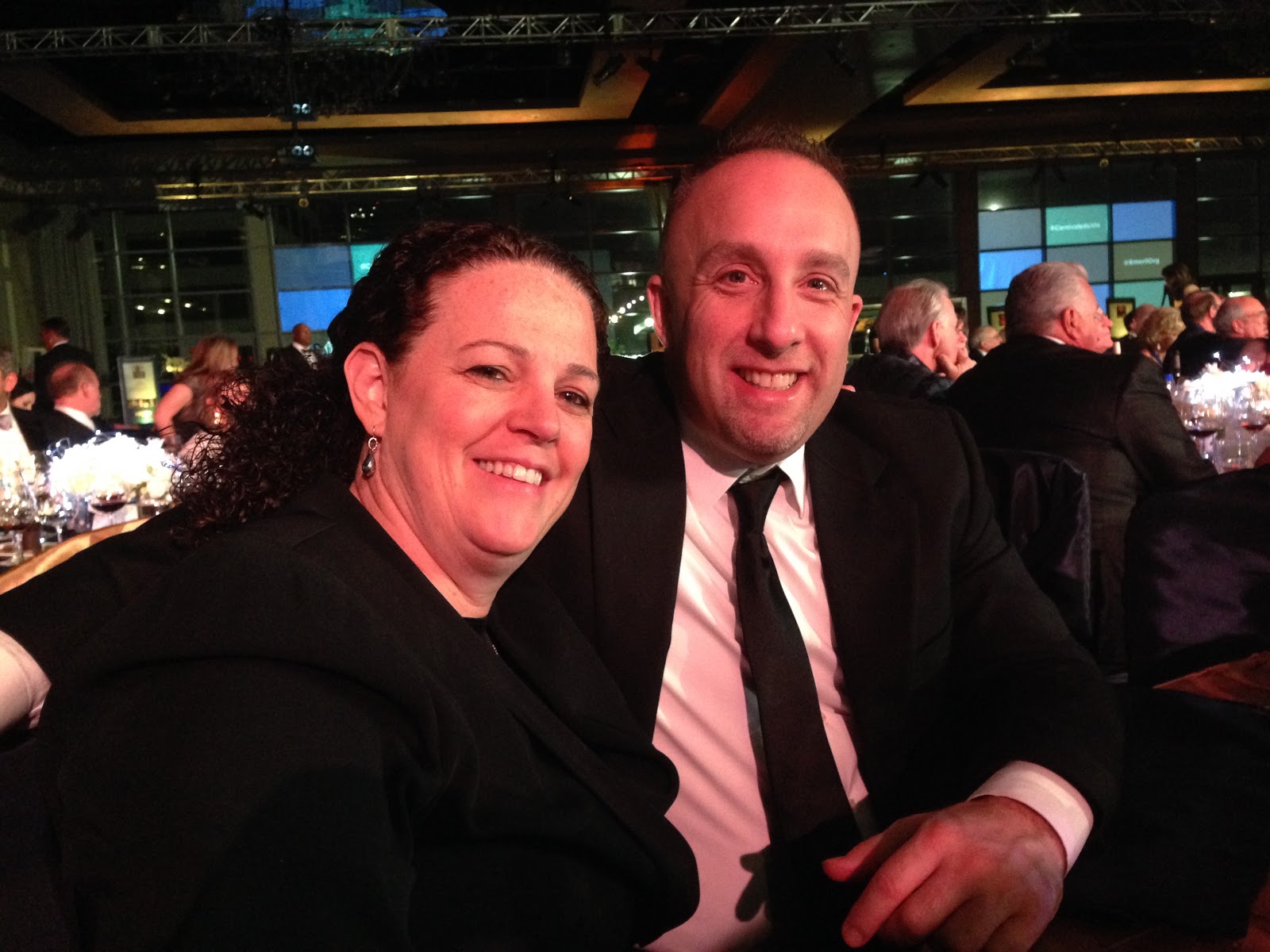 The restaurant opened its doors in 2013 when Rodd Goldman, a successful CPA, took a risk and purchased One North. He didn’t know much about the restaurant business, but knew a lot about numbers. He had a vision and wanted to make it a reality. He soon hired Chef Laura Piper to help him achieve this vision. Chef Laura Piper holds degrees in both Liberal Arts and Culinary Arts with an AAS from the Kendall College School of Culinary Arts. She has served as Executive Chef in a number of Chicago’s most prestigious restaurants including Gibson’s Steak House. Piper has trained with some of the best chefs both locally and internationally including Chef Pierre Pollin of Le Titi de Paris and the acclaimed Ramon Freixa Riera at his Michelin-starred restaurant in Barcelona, Spain. She has also served as Executive Chef for corporate dining at Motorola Food Works, managing an operation serving more than 7,000 internal clients with responsibilities including development of national food programs. Although Rodd and Laura can be thought of as the “odd couple” of the restaurant business, this pairing has led to One North’s success. And there is something even more exciting yet to come! 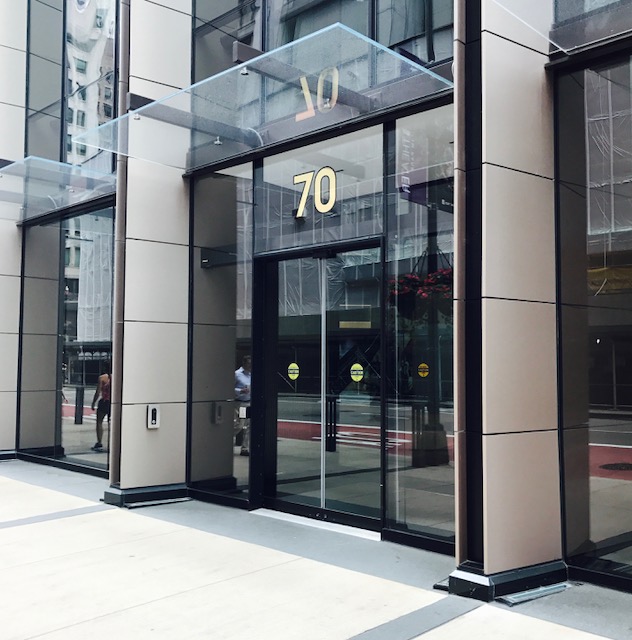 The “odd couple” is teaming up to open two more restaurants in the Loop. Their idea is to create unique restaurants with the feel of a “mom and pop” owned establishment. Many customers dine at places in the Loop everyday and know nothing of their history or even who owns them. That will soon change with Rodd and Laura’s shared vision. The two new restaurants will open in late September at 70 West Madison Street. They will display nostalgic photos and memorabilia from both owners' histories, something quite different than what we see in that area. Rodd and Laura hope to establish a sense of community while bringing customers delicious food and outstanding service. The restaurant names will remain a secret until their opening in late September. The two want to create a level of suspense before the big reveal. What customers can expect are unique dining experiences where “everybody knows your name”.

Learn more about One North and check out their menu here.

Meet the Staff at One North! 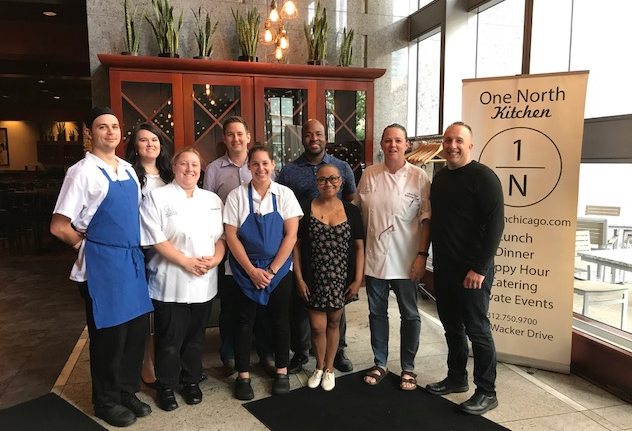 Behind the scenes in One North's kitchen with Rigo Vincente, Matt Reidy, Juan Garcia, JC Guzman and Erica Fischer. 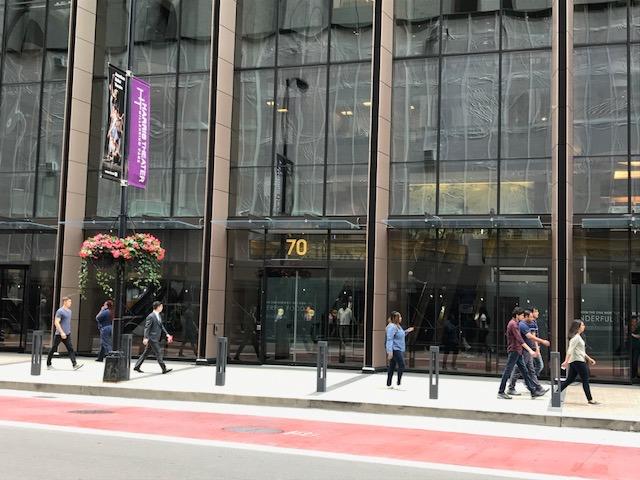 The outside of 70 West Madison Street – future location of the new restaurants co-owned by Rodd Goldman and Chef Laura Piper.