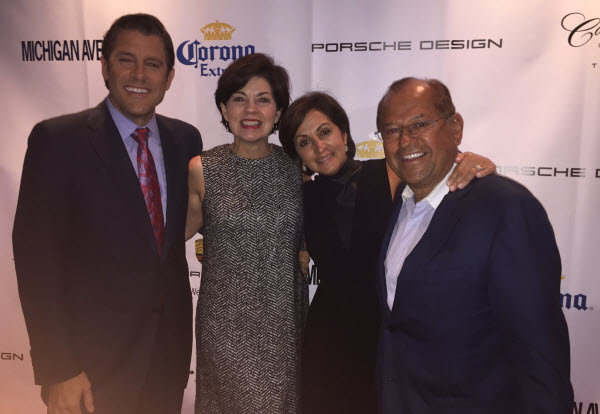 Earlier this week, Michigan Avenue Magazine gathered six prominent Chicagoans to discuss “the state of manhood” in Chicago in 2015 amid challenges stemming from issues like shifting gender roles and racial tensions.

Topics at the “Chicago's Leading Men” event focused on issues men in Chicago face today, from balancing personal life with career to the state of race relations in the city in 2015.

On cultivating the next generation of successful Chicagoans, Sanchez said, “Mentoring is a big responsibility that too few adults take on. I’m hoping that hundreds of thousands of readers of Michigan Avenue magazine see that this kind of discussion can take place about some of the most significant issues that are facing society today, and that it can be done in a very open, candid way.”

Click here to read Michigan Avenue Magazine’s recap of the discussion with videos and photos.