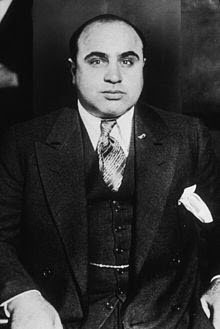 That may sound outlandish, but hold your skepticism until you read through his explanation.

According to Mead, Superman originated in a 1931 film called “The Secret Six,” which features six masked businessmen who were fed up with a local criminal named Slaughterhouse Scorpio (based on Al Capone).  The protagonist of the film was a crime-fighting reporter named Clark (who served as the basis for Clark Kent).

Here’s where the Chamber comes in. From Mead’s blog post:

“The Secret Six” film was in turn influenced by something else. The movie was partly based on the “real” Secret Six, a group of Chicago business people who went after Al Capone and other gangsters in the early 1930s. These businessmen were a committee of a chamber of commerce, the Chicago Association of Commerce (the Chicagoland Chamber’s original name)…

The “real” Secret Six (apart from their leader, who of necessity was a public figure – the president of the Chicago Association of Commerce) maintained secret identities because they didn’t want to be killed by Capone or his henchmen. But their secret identities were a part of their glamour and their idea for crime fighting was widely copied and popular in the media. Soon there was a Secret Five in Kansas City and later a Secret Seven in Cleveland, both formed by their local chambers of commerce. And, of course, speaking of media influence, the Chicago chamber’s fight with Capone inspired MGM to make “The Secret Six.”

So the next time someone asks you to give them a unique fact about Chicago, you don’t have to settle for “deep dish pizza” or “Ferris Bueller’s Day Off.” Tell them about how the Chicagoland Chamber of Commerce orchestrated the demise of Al Capone, and in turn influenced the creation of the world’s most famous superhero.