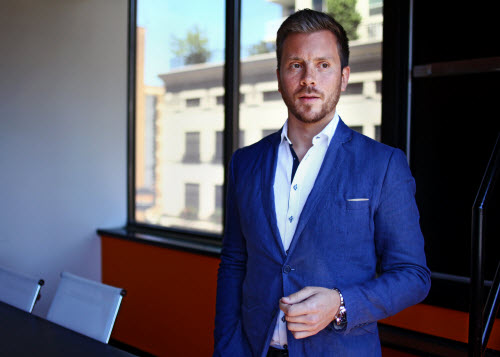 “From the freeway everything looked normal – then we came up Main Street and the entire town was gone,” said John Roa, CEO and Founder of Chicago-based digital agency ÄKTA , as he described driving into the town of Joplin, Missouri in May 2011 following a horrific F5 tornado.

The Joplin disaster served as ”Project 0” for Digital Hope, a grassroots organization founded in 2008 by Roa and Kevin Lerash, who now serves as Vice President of Operations for ÄKTA. Digital Hope was created to perform volunteer projects around the world while raising
donations for each project by leveraging the power of the social web.

Three days after launching the campaign, Digital Hope had raised enough funds for Roa to personally deliver 6,000 bottles of water, 2,000 toothbrushes, 600 bars of soap and many other necessities to Joplin to aid those in need.

Digital Hope was conceived while Roa traveled the world, spending time with numerous philanthropic organizations. He discovered that larger or government sponsored organizations were often inefficient and it was difficult to track where funds were applied. His approach to

Digital Hope would be different.

“I found that the smaller and more independent an organization was, the more effective their efforts were,” said Roa. “We wanted to create the ability for them to tell a story and for you to know that the story was real.”

In addition to his charitable work, Roa has made a significant impact on the way companies interact with their customers through his work at ÄKTA. He founded the digital experience and engagement agency in 2009 to capitalize on the emerging importance of User Experience (UX), which is how someone engages, uses or feels when using a product. ÄKTA uses extensive user testing and social physiologists to understand human behavior and apply it to their projects, which has helped the company experience significant growth in recent years.

Roa previously launched and sold a video game marketing company in California where design and UX were critical to its success.

Roa’s compassion and desire to serve those in need, combined with his success in growing ÄKTA into one of the top digital agencies in the country, makes him an ideal candidate for the 2014 James Tyree Emerging Business Leadership Award.

John Roa of ÄKTA is a finalist for the James Tyree Emerging Business Leadership Award. The award is given in honor of the late, James Tyree, who served as Chairman for the Chicagoland Chamber of Commerce. Tyree was an advocate for the community, dedicating his time and talents to numerous organizations and causes in support of healthcare, education and children. The winner will be announced June 24 during the Chicagoland Chamber of Commerce Annual Meeting at Navy Pier.