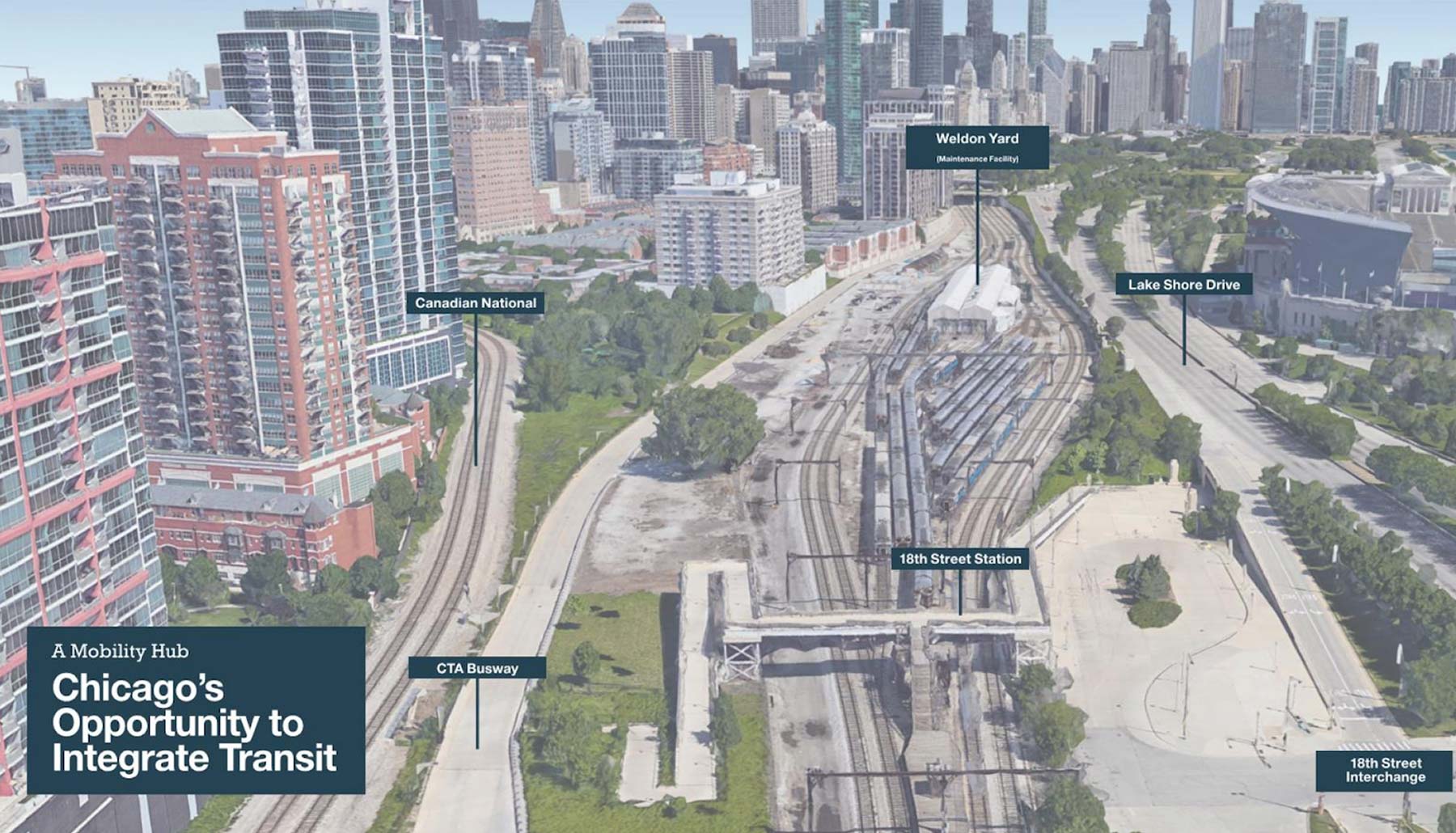 With existing transit lines beyond capacity and 19.1 million additional Loop transit riders since 2000, improvements to Chicago’s infrastructure are drastically needed to support the growing number of Chicago commuters and business travelers. Today, the Chicagoland Chamber of Commerce released a report reinforcing how the proposed ONE Central infrastructure and mixed-use development would serve as a transformative economic engine and civic asset that integrates the region’s transit systems, creates new jobs, and establishes a gateway between the city’s central business district to the South Side, and the lakefront civic and cultural institutions.

The Chicagoland Chamber of Commerce hired AECOM, a multinational engineering firm, to conduct the study. AECOM finds that Chicago’s Central Area has enjoyed 40 years of steady growth despite major recessions. However, with new corporate headquarter growth, increased housing demand, and significant increases in tourism, transportation investments across the city have lagged far behind – with some areas left behind altogether.

The study, which focused on transportation infrastructure and job creation spurred by the development, concluded that ONE Central’s proposed world-class transit hub provides an opportunity to dramatically increase accessibility for the South Loop and South Side residents, who currently face limited public transit options and are more reliant on cars for mobility. Congestion has also become a growing challenge for the South Loop, particularly during special events when available parking is constrained.

Further, over 40 years, the study found that ONE Central has the potential to support:

“In order for our business community to attract new talent and new job creators to the area, public transit options must keep up with growing demands. The transit-forward focus and regional benefits of ONE Central really drove my excitement and interest around this development,” said Jack Lavin, president & CEO, Chicagoland Chamber of Commerce. “We need bold and innovative ideas to position Chicago on a global scale. ONE Central creates a new civic asset that unifies local, regional, and national transit systems unlike anything else we have seen in the country. It creates a new gateway to connect Chicago’s central business district, our great civic assets and the South Side and South Suburbs.”

Additionally, with the Central Area of Chicago having now experienced 40 years of steady development, the remaining supply of vacant land is becoming constrained. As future businesses and residents move to the city, they will require more space for offices and housing as well as additional transit capacity. The proposed transit improvements envisioned as part of ONE Central have clear potential to reduce transit commuting time and increase ridership, particularly for residents on the south and southwest sides of Chicago.

The study also found ONE Central has the potential to expand visitation and increase tourism revenues, which are new dollars added to the state and local economies. Currently, Chicago’s civic assets, including the Museum Campus and Soldier Field, are disconnected from downtown. This development will bring additional retail, restaurants, and entertainment amenities from which the civic assets will benefit.

“The Central Area today includes more than 160,000 residents and 700,000 jobs and attracts more than 50 million tourist visits per year. Our analysis shows that ONE Central can unlock even more economic and fiscal potential from Central Area tourism assets and catalyze regional transportation investments that connect people to jobs, no matter where they live,” said Chris Brewer, vice president of economics and advisory, AECOM.