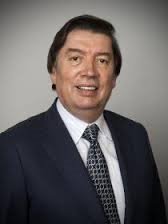 “Alejandro Silva’s leadership in business and commitment to civic and charitable causes in the Chicago region exemplify the spirit of the Burnham Award,” said Theresa E. Mintle, President & CEO of the Chicagoland Chamber of Commerce.

Silva has served as a director of the Private Bancorp, Inc. since 2005 and independent director of Walgreen Co. since 2008. He is also a director of the Chicago Transit Authority, where he chairs the committee on finance, audit and budget, and lends his experience to numerous Chicago civic organizations, including the Renaissance Schools Fund, the Museum of Science and Industry, the Field Museum of Natural History and the Ravinia Festival.

Evans Food Group Ltd. is a global producer of both pork pellets and branded, private-label packaged pork rinds. Founded in 1979 as a pork rind venture in Saltillo, Mexico, the Chicago-based company has grown into the one of the largest Hispanic-owned businesses in the country and the world's largest producer of pork rinds under Silva’s leadership.

“Alejandro Silva is truly committed to the success of Chicago. With his impressive success in business and his exemplary civic contributions, he is an exceptional choice as the 23rd Daniel H. Burnham Award recipient,” said Paul La Schiazza, President of AT&T Illinois and chairman of the Chicagoland Chamber of Commerce.

The Daniel H. Burnham Award for Distinguished Leadership was created by the Board of Directors of the Chicagoland Chamber of Commerce in 1992 to pay tribute to a prominent business leader who works tirelessly to advance the Chicagoland business climate, but also for significant civic contributions that make the region a better place to work and live.

About the Chicagoland Chamber of Commerce
The Chicagoland Chamber of Commerce is dedicated to making Chicagoland the most business-friendly region in America by enhancing members’ success through relevant programs in advocacy, member benefits and services, and actionable information. Serving as “The Voice of Business” since 1904, the Chamber leads public policy and business growth initiatives and creates meaningful events and programs to inform, engage, and connect members to each other and the community. Visit ChicagolandChamber.org.