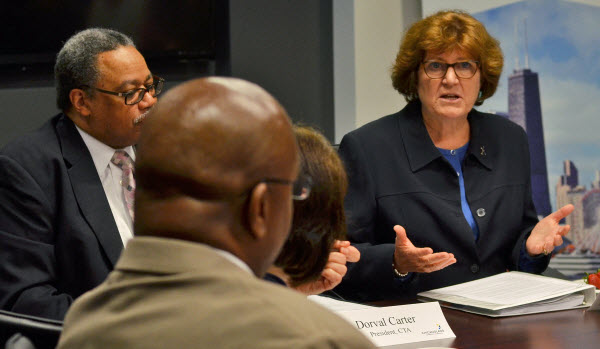 “The comprehensive solutions released by the Department of Aviation are the product of months of analysis and collaboration with community groups and aviation experts,” Commissioner Ginger S. Evans said. “We know that airport noise is a challenge for many residents, but we are confident that we can move forward with concrete steps to ensure a higher quality of life for O’Hare’s neighbors, while maximizing the safety and efficiency of the world’s busiest airport.”

The Chicagoland Chamber of Commerce was an early champion for the O’Hare Modernization Program (OMP) announced in 2001. As the pre-eminent international transportation hub in the Midwest, airfield improvements at O’Hare are critical to Chicago’s continued economic growth, global competitiveness, and ability to attract talent and business to the region. A parallel six runway system at O’Hare delivers the efficiency and capacity Chicago needs to remain a thriving transportation hub, grow tourism, and attract global headquarters and jobs.

“No other initiative in the Chamber’s 111-year history has produced the significant economic benefits that we continue to see from the O’Hare expansion and development. Airfield improvements reduce delays, maximize airline performance, and enhance safety for travelers,” said Theresa E. Mintle, President and CEO of the Chicagoland Chamber of Commerce. “These are important investments for a critical regional economic development engine.”

Airlines, airport operations, and aviation-related business account for billions of dollars and hundreds of thousands of jobs in Chicago’s economy. OMP has directly created more than 20,000 construction and professional service jobs since it began, and it is estimated that the OMP will create an additional 195,000 jobs and generate $18 billion in annual regional economic impact. This is on top of the 450,000 jobs and $38 billion O’Hare produces today.

The Chamber is confident CDA has addressed the four key areas of noise concern: abatement, mitigation, communication and reporting, and community outreach. The Chicagoland Chamber is committed to working with CDA and the community to monitor noise abatement.