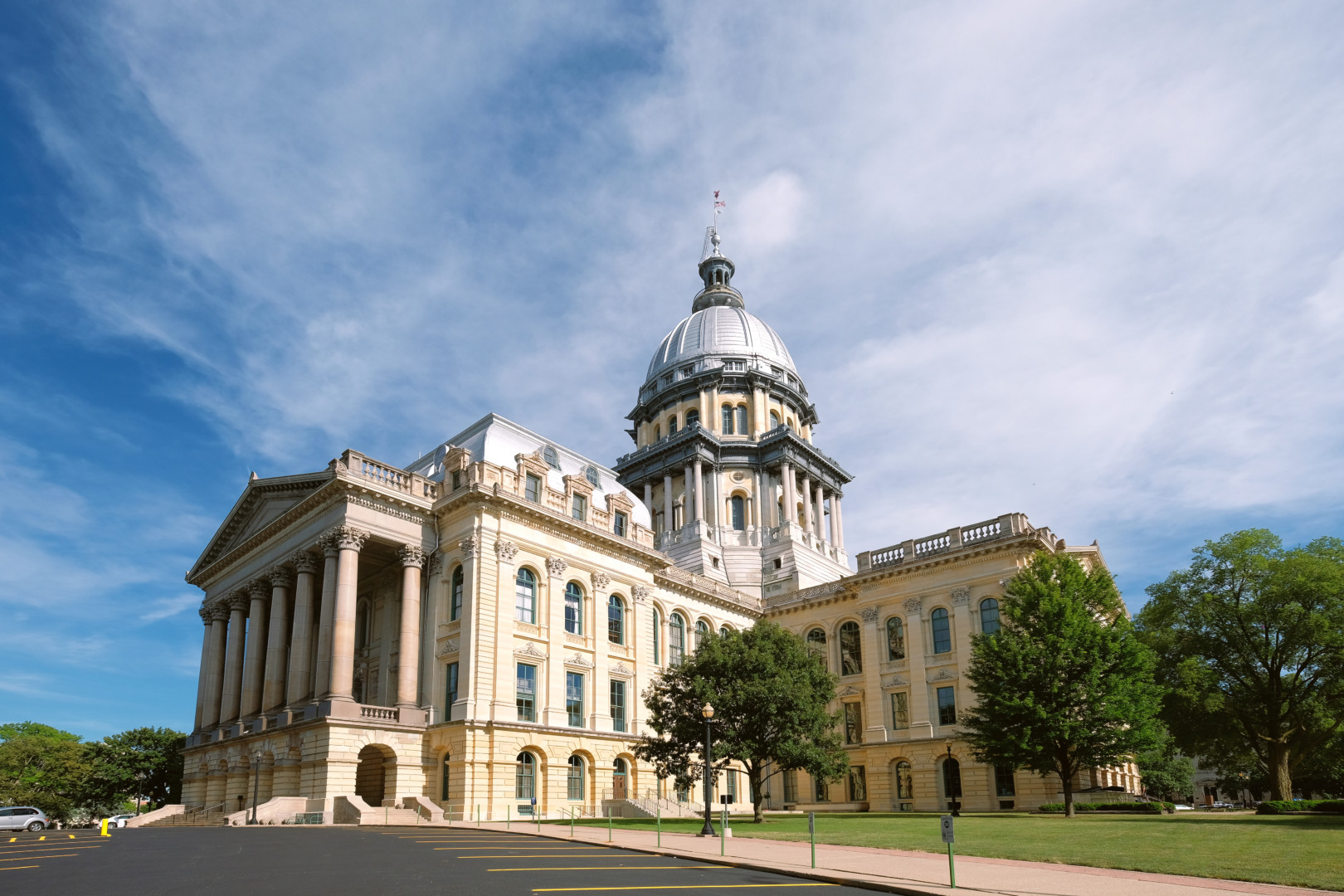 During the end of 2022 and beginning of 2023, the Chicagoland Chamber’s Government Relations team was incredibly active in Springfield. Legislators gathered back in November for the first time since adjournment in April 2022 for a two-week Veto Session. The two-week term was rather quiet, with legislators opting to leave many of the “bigger” issues unresolved until the Lame Duck Session, which ran from January 4 through January 11.

With numerous proposals being considered during that time, the Chicagoland Chamber worked to ensure that the interests of the Chicago business community were well represented.

During the 2022 fall Veto Session and January 2023 Lame Duck Session, the Chamber, working with business partner organizations, labor representatives, the Governor’s Office, and the General Assembly, agreed to a package that eliminates the $4.5 billion Unemployment Insurance Trust Fund deficit that accumulated during the early days of the pandemic, saving employers nearly a billion dollars in higher unemployment insurance taxes.

In the spring of 2022, the Chamber and other business groups successfully negotiated the utilization of $2.7 billion of federal American Rescue Plan Act (ARPA) funds to be applied to the $4.5 billion Title XII debt incurred during the pandemic—largely in 2020, when government-mandated closures and operating restrictions were imposed on businesses. At the time, almost every other state used ARPA funds for repaying UI trust fund debt. Per federal law, when a state Unemployment Insurance Trust Fund drops to a negative balance, federal funds are automatically borrowed. If the borrowing occurs for a period of two or more years, employers lose credit against their federal unemployment insurance tax—meaning employers will pay higher taxes.

In September 2022, the Pritzker Administration swapped $450 million from the state UI Trust Fund balance to further pay down a portion of the $1.8 billion federal Title XII debt left outstanding after the $2.7 billion payment was made in mid-2022. Then in December, Governor Pritzker signed SB 1698 (P.A. 102-1105) to provide for the substantive language of the deal, which (1) authorizes the State to use surplus revenues to pay the remaining $1.36 billion Title XII debt and (2) provides for the substantive agreement reached between business and labor groups. The final deal will mitigate tax increases on employers, improve predictability for employers, and bring greater stability to the UI Trust Fund, which was an initial ask of the labor groups. The deal is fair for both employers and workers. In the January Lame Duck Session, SB 2801 passed both the Illinois House and Senate to provide for the appropriation language necessary to finalize the agreement. It is expected that the Governor will sign the bill soon.

The UI deal is significant for Illinois employers and negates roughly $913 million in additional taxes that employers would have had to pay over the next five years. Perhaps, just as importantly, the deal and bipartisan roll call that ensued preserves the Unemployment Insurance Agreed Bill process, which has been in place since the 1980s and informally requires any legislation impacting the Unemployment Insurance System from advancing without an agreement from both business and labor groups. Without the agreed bill process, we most certainly would see annual employer tax increases. You can find the Chamber and business coalitions fact sheet on the agreement here.

Every year, the Chicagoland Chamber of Commerce advocates for more State funding, support, and investment by the State in business development. Although the State has many programs and services in place that are meant to help employers throughout the state, amendments are often required.

The Government Relations team successfully managed to secure transformational changes to some of these state programs, including the following:

Paid Leave is an issue that has been hotly debated for over five years in the Statehouse, with advocates typically leading the way to push for convoluted, onerous, and punitive proposals on employers. An agreement was finally brokered last week—with the Chamber playing a key role in making sure the best deal for business was reached.

Once it was clear that advocacy groups, unions, and Democratic leadership were eager to pass a bill in the last week of Session before the start of a new term, the business community came to the negotiating table seeking two main provisions: (1) require that any paid leave law passed by the General Assembly would be clear, easily implemented, and require no more than five days of leave and (2) prohibit the City of Chicago or Cook County (both jurisdictions that already have paid sick leave mandates in place) from enacting their own version of paid leave. In the end, through much negotiation, the final bill that has been sent to the Governor for his signature will contain the following: