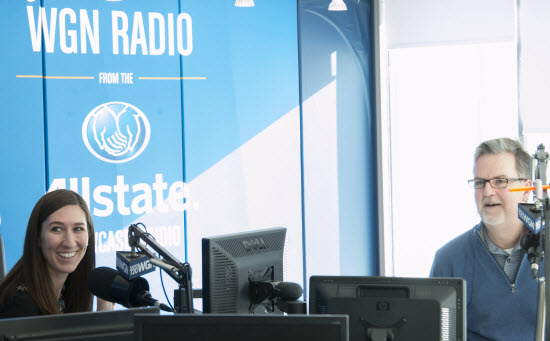 The second annual survey, conducted in partnership with Loyola University Chicago’s Quinlan School of Business, revealed the mindset of small business owners throughout Chicago.
During the last segment of the show (beginning at 21:33), Fitzpatrick and host Steve Bertrand discussed the implications of the survey results, from reactions to local taxation policy to plans for expansion in 2016.

“Small business owners are optimistic in their own prospects for growth,” Fitzpatrick said. “However, what we found interesting was that they are very realistic about what is going on in the state and local economies today.”

The survey found that despite economic uncertainty and restrictive public policies, 52 percent of small businesses plan to expand in Illinois during 2016. Fitzpatrick noted this is great news for the entire Chicago economy, as small businesses make up 99 percent of the economic landscape.

While businesses do intend to grow, Bertrand and Fitzpatrick also discussed the limiting factor many business owners face in finding skilled workers. To address this problem, Fitzpatrick believes that more government policies should focus on training workers.

At the end of the show, Fitzpatrick pointed out that to start meeting small business needs, their needs must first be understood.

“Surveys like this are the first step in the right direction,” Fitzpatrick said.