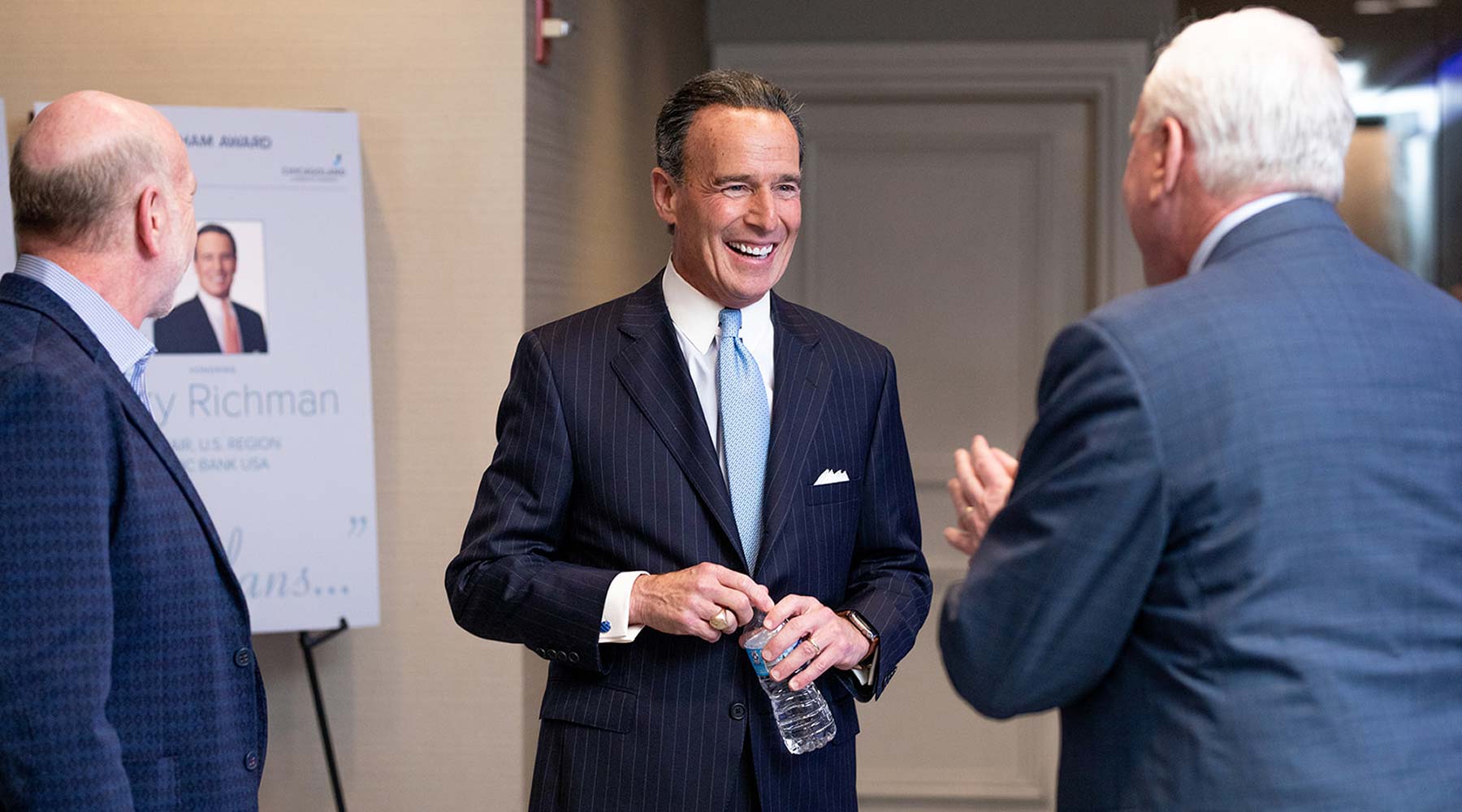 Daniel Burnham’s famous quote encouraging  us to “Make No Little Plans,” is a phrase that nearly every Chicagoans knows. The spirit and energy of Daniel Burnham permeates throughout Chicago every day and inspires the work of so many. The Chicagoland Chamber of Commerce’s 28th Annual Daniel H. Burnham Award Dinner on November 6 at Hilton Chicago will celebrate the accomplishments of Larry Richman, Chair, U.S. Region, CIBC. Nearly 800 attendees are expected to attend this year’s dinner, which is the largest fundraiser for the Chicagoland Chamber.

This prestigious award is given each year to a Chicagoan who demonstrates exceptional business and civic leadership. Larry is a long-time fixture in Chicago’s banking community and his influence and impact are felt throughout the region. Larry became chair of CIBC’s US region in 2019 after serving as President and Chief Executive Officer of CIBC Bank USA and head of CIBC’s US region following CIBC’s 2017 acquisition of The PrivateBank. Larry joined The PrivateBank in 2007, leading a team that drove its transformation into one of Chicago’s premier commercial and wealth banks. He spent most of his career at LaSalle Bank, where he rose through the ranks and eventually serving as President and CEO of LaSalle Bank N.A. and President of LaSalle Bank Midwest.

Beyond his extensive professional accomplishments, he is very active in civic, philanthropic and governance activities. He is chairman of the board of Northwestern Memorial Hospital, and serves on the boards of the Civic Committee, the Commercial Club of Chicago, World Business Chicago, Big Shoulders Fund, Chicago Urban League, Museum of Science and Industry, Western Golf Association, and the Executives Club of Chicago.

“Daniel Burnham’s Plan of Chicago wove together our city’s greatest strengths: our natural assets, our industrial might, and our human capital. Larry is a man who always ‘dreams big’ and has given much to our community and we are honored to celebrate him at this year’s Burnham Award Dinner,” said Jack Lavin, President and CEO of the Chicagoland Chamber of Commerce.

“I have had the good fortune to spend my entire career in a city that thrives because of an active and engaged business community,” Richman said. “I am honored to receive this award and to be in the company of the great business leaders who have helped to make Chicago such a vibrant center for industry and commerce.”

The Daniel H. Burnham Award was created by the Chicagoland Chamber of Commerce’s Board of Directors to pay tribute to a prominent business leader, not only for their influence in advancing the Chicagoland business climate, but also for their tremendous civic contributions helping to make Chicago a better place to live and work. This year marks the 28th anniversary of the Burnham Award and shines a light on the importance of civic involvement and how Chicago thrives with a fully engaged business community. Among the past recipients of the Award are: Christopher Crane (2018), Ilene Gordon (2017), Norman Bobins (2007), Deborah DeHaas (2004), Lester Crown (1998), Patrick G. Ryan (1996), and the first-ever recipient, Frank Considine (1992).